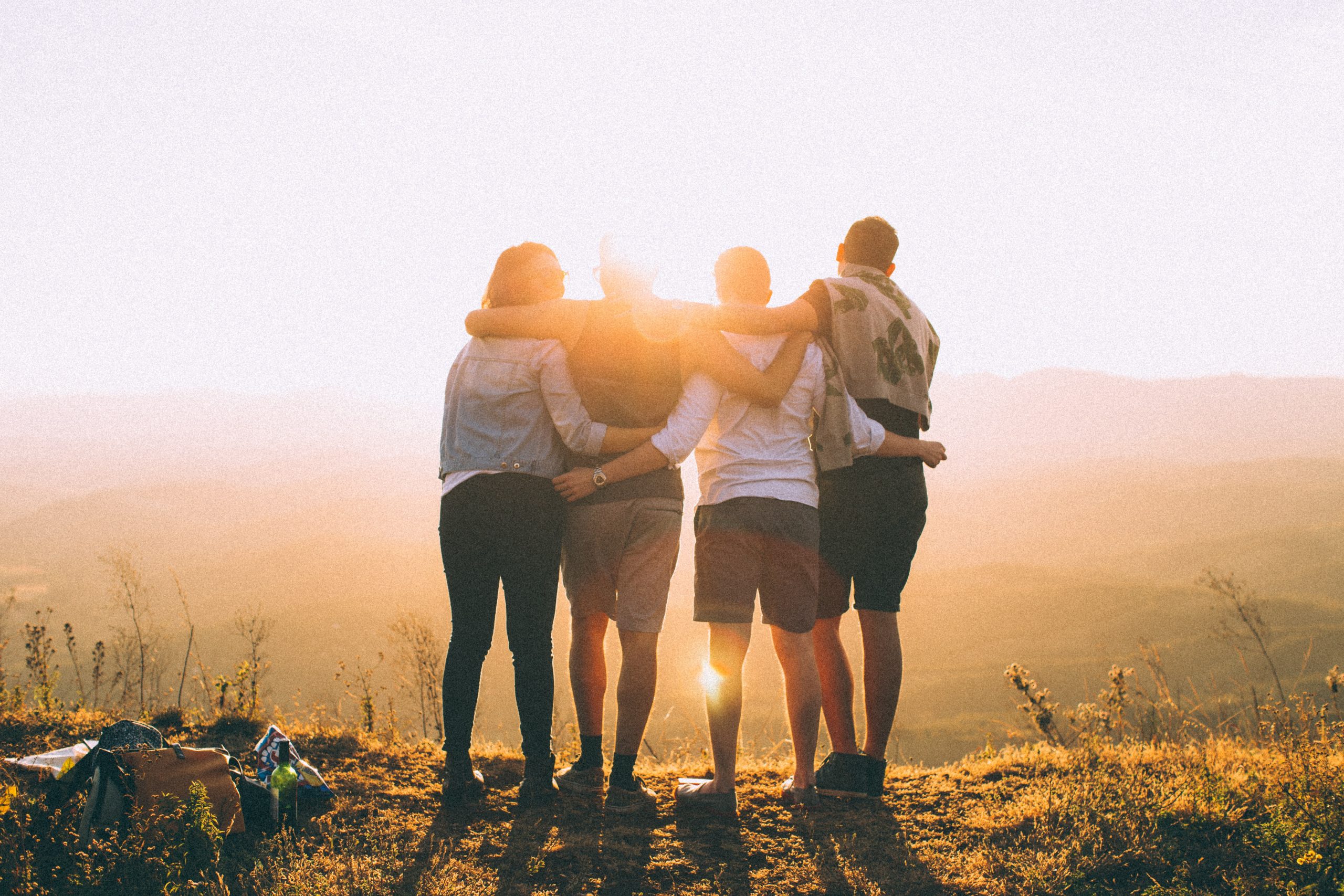 YOUR ENVIRONMENT MAKES YOU BRAVER

You might have already noticed that the environment you are in and the people you are surrounded by both influence you in different ways. If you don’t have any Entrepreneurs in your family or among your friends, if you don’t have artists around you, who paint for a living or people who have chosen a different lifestyle by working as freelancers from all over the world, it might not even appear to you as an option to do the same. It’s outside of your imagination.

The same is true for courage. If you are not surrounded by people, who live their lives courageously, you might not think it’s possible to follow your dreams, exceed your limiting beliefs and take more risks to do what makes you happy.

You are as courageous as your environment is!

We humans are built to recognize core emotions among each other. The Researcher Paul Ekman found out that we identify fear or anger on the faces of others and not only understand the emotion but actually start feeling the same, i.e. fear. As humans we feel empathy for each other and therefore experience the same physiological processes associated with the emotion (cf. Paul Ekman, Darwin’s Claim of Universals in Facial Expression Not Challenged & Are facial expressions universal?).
If our environment is fearful, it has an impact on us. We are more fearful, too.

Courage also has an impact on us. When we witness moral or courageous acts, we feel an emotional uplift, we feel inspired. The psychologist Jonathan Haidt identified this as an emotion he calles “elevation”. When we see someone standing up for others being discriminated against or when we read about someone, who risked his life to save a drowning boy, we feel “elevated”. We are inspired to live up to those examples. We are encouraged to do the same. In that way courage is contagious, too. (cf. Jonathan Haidt, Wired to be Inspired)

So, to become braver, we need role models among family, friends & colleagues – courage role models. Role models for speaking up, for being persistent, for taking risks, for thinking big, for dealing with illness or tragical incidents to name a few. The more diverse the role models the better. Because being courageous often times is a very personal thing and different people feel inspired by different types of courage.

So why not have a courage community? A community with role models and like-minded people. The energy in such a community is belonging and commiseration. (cf. Jonathan Fields, Success Scaffolding). We are part of something bigger, we are all in it together, we experience the ups and downs together and encourage each other to do new things despite our fear. And most importantly, we celebrate our failures together. Because failure is a big part of success (cf. Ute Kueffner, Essence Leadership).

Really? For many of us, failing comes with a feeling of embarrassment, shame, disappointment or humiliation, especially when we fail in public. (cf. Robert Biswas-Diener, The Courage Quotient). It’s not exactly something we aspire. We rather try to avoid situations where we could fail. Along the lines of: “If we don’t risk anything, we cannot fail.” In that way, “Failure is a thieve of courage”, writes Robert Biswas-Diener.
Our willingness to act, to be brave in certain situations decreases due to our fear of failing.

If we instead encourage each other to reframe failure and see it as a necessary part of our learning process, then it’s much easier to try out new things in a playful way and try again if we fail. Failing is unpreventable. Failing is how we learn and advance in life. It might not feel so good but it is unpreventable. It’s essential for moving forward. That is why we may also accept it.

And maybe we not only accept failure but even start to provoke it. To really grow our courage! With the support of our courage community we can intentionally fail to become braver. (cf. Robert Biswas-Diener, The Courage Quotient). For instance, by holding a speech about a topic in front of others in the spur of the moment or by facilitating a session within an open space meetup having never done that before. This can boost our courage big time.

What else boosts our courage?
Imagining ourselves being courageous!
Yes, we can be our own role models! Cool Stuff, right?

This mental exercise might be worth introducing or integrating into your daily mindfulness practice:

And maybe you even take on and try out these roles in real-life, too. Be the one on your team who speaks to the elephant in the room or be the one in your family, who lives according to her values even if that means to take a path that might not be mainstream.

You can do it!
With the help of your imagination and your courage community.

Where do you want to be more courageous?